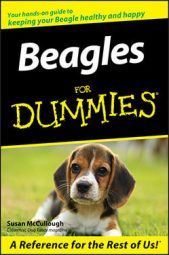 Pocket Beagles (also called Teacup Beagles) are miniature versions of the Beagle. Pint-sized pocket beagles were a Renaissance favorite and are gaining in popularity again. If you're looking for a miniature dog, the Pocket Beagle is a great choice. Before you consider purchasing one, you need to be aware of some characteristics of Pocket Beagles. 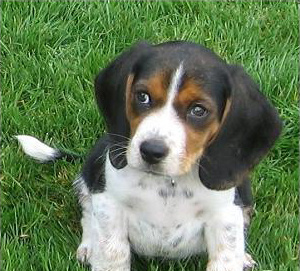 Pocket Beagles are cute and cuddly but, unlike other miniature dogs, they're sturdy working dogs built for the hunt.

Pocket Beagles might look vulnerable because of their size, but they are actually working dogs. They originated in Elizabethan England around the mid-1500s. Bred to hunt rabbits, these very small hunting hounds measured only 9 inches tall at the shoulder. (By comparison, today's Beagles average between 13 and 15 inches.)

Miniature dog breeds are becoming more popular in the United States and unfortunately, many of these smaller pups have a number of health problems because of their size. This makes them very fragile and vulnerable as these breeds were just not meant to be that small. They are typically the runts of the litter—the weakest and sickliest of the bunch.

Pocket Beagles on the other hand are rough and tumble and ready for action. These diminutive hounds are small for a purpose. They are designed for hunting and tracking. Here are some things to keep in mind.

There is some disagreement amongst the ranks whether the Pocket Beagles of today can trace their lineage all the way back to the Elizabethan Pocket Beagles. But in either case, today's Pocket Beagles seem to have all the stamina, tracking ability, and hardiness of the original.

Susan McCullough is the author of the bestselling Housetraining For Dummies and the award-winning Senior Dogs For Dummies.