How to Find Your Hardiness Zone with Maps

By: Steven A. Frowine and The National Gardening Association and
Updated: 03-26-2016
From The Book: Gardening Basics For Dummies 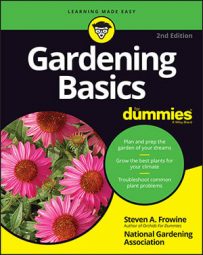 Hardiness zone maps help you determine which garden plants will thrive where you live. The various hardiness zone maps indicate minimum and maximum temperatures that plants can tolerate, or growing seasons with climate variations. Every part of the world has its own hardiness zones, and most maps are set up the same way.

The USDA Plant Hardiness Zone Map indicates the minimum temperatures that plants can tolerate. The Hardiness Zone map is a color-coded or shaded map, sometimes accompanied by a chart that expresses the same information. 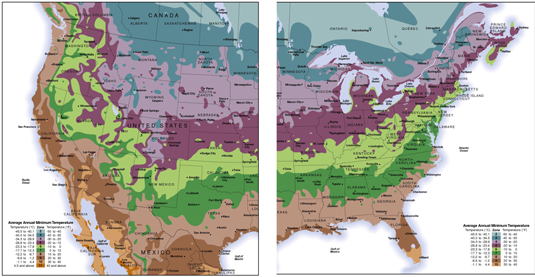 You often see a plant's projected USDA Hardiness Zones expressed as a range. For instance, most clematis hybrids are said to be "hardy in Zones 3 to 8." This statement means anyone gardening in Zones 3, 4, 5, 6, 7, or 8 ought to be able to grow one; the plant should survive your winters. When you buy plants, choose plants that are recommended in your zone.

The United States Department of Agriculture published, and has occasionally modified and updated, this hardiness zone map of North America. The most recent map, based on climate data gathered at National Weather Service stations throughout the U.S. and by weather stations throughout Canada and Mexico, came out in 1990. You can find 11 zones marking the average lowest winter temperatures, with Zones 2–10 divided into subzones.

Traveler beware: If you buy a plant marked as perennial or hardy in the deep Southern USA or California and you live in a chilly northern region, the plant may be labeled such only for the area where it's sold.

In many parts of the country, heat rather than cold dictates which plants are able to survive from one year to the next. The USDA map, although enormously popular and widely used, has its limitations. For example, Zone 7 in Maryland is a world away from Zone 7 in Oregon, or north Texas, or the foothills of California's Sierra Nevada mountains. Thus, the American Horticultural Society released its own map, the AHS Heat-Zone Map.

Though still relatively new and still being tweaked, this map has proven quite useful to gardeners in the South and West. U.S. gardeners in areas where the main source of plant stress is not winter cold but summer heat prefer this system. Nurseries in hot areas are starting to refer to these zones more and more. If the heat-zone information isn't supplied for a plant you're interested in, look in newer regional reference books and plant catalogs and Web sites.

So the Sunset Publishing Company devised its own Garden Climate Zone Map. Sunset's zone map contains 45 zones. Yep, 45. These zones cover the entire U.S., southern Canada, and northern Mexico, and they're all very individualized and specific. For example,

These Sunset zones can particularly empower a new or frustrated Western USA gardener, especially if the source of plants also uses the same zones. So ask at the local nursery or garden center — realizing, of course, that nobody stays in business for long by selling plants that don’t thrive. Or do some reading and research for your particular zone; then go shopping near or far when you know just what you want.