Minecraft Modding: How to Create the Basic Spleef Scene

The first step in creating your Minecraft game is to build the scene. These instructions explain how to create the scene for a basic game called Spleef. The scene in Spleef is an arena that has a fence around it. 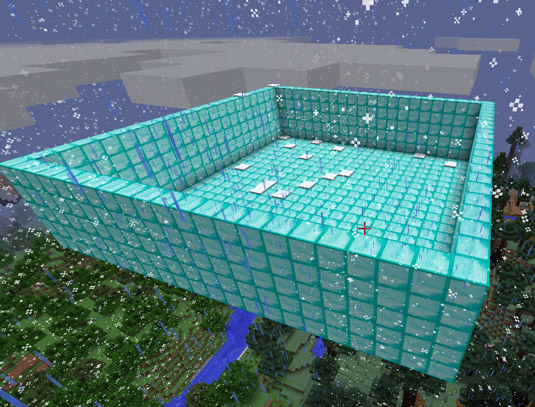 To make this arena, you use the ArenaBuilder library on LearnToMod. A library is a mod that is already written for you. You can use it without having to know how it is written.

After you have exposed the ArenaBuilder library, go back to your Spleef mod and import the library. Follow these steps: