Minecraft Modding: How to Add a Melon Block to Break in Monster Arena

After you have set up the initial scene, you can use the scene for a Minecraft game. The arena function stays the same, but you add a melon block on the opposite side of the arena from the player.

This shows the new function, SetupGame, which creates the arena, places the melon block, and puts the player in the starting position. 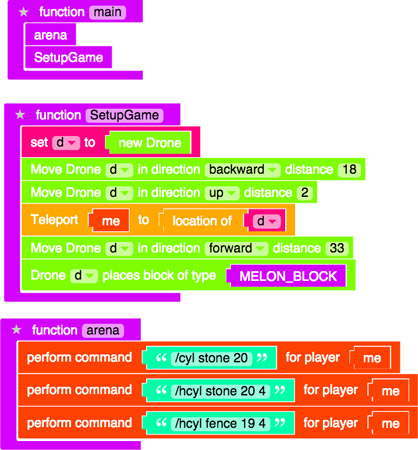 At this point, nothing happens when the player breaks the melon block.