How to Make a Projectile Library for Minecraft Modding

A library is a mod that lets you call functions from other mods.

Set up the projectile mods

Open the mod that you renamed Projectile_Library. It looks like the code example shown here.

Making the Projectile_Library mod is a little tricky because it has to handle the following information:

But the Explosion_Projectile mod needs to handle

Make one more copy of your mod and name it Original_Explosion_Projectile, just in case you mess up and need to get back to a working mod.

Change the main and launch functions

The following directions tell you how to actually make the changes in your code.

To make changes to the main function, follow these steps:

Renaming the variable is shown here. 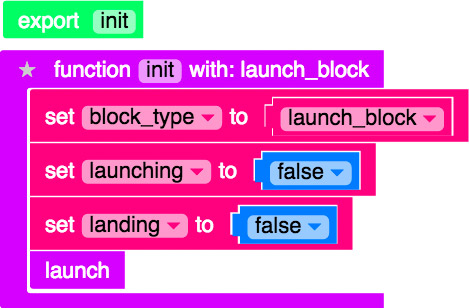 After you complete this step list, you may want to make a minor change to the launch function. The image below shows how to change the bedrock block to the block_type variable instead; that way, the type of block is decided in the Explosion_Projectile mod. 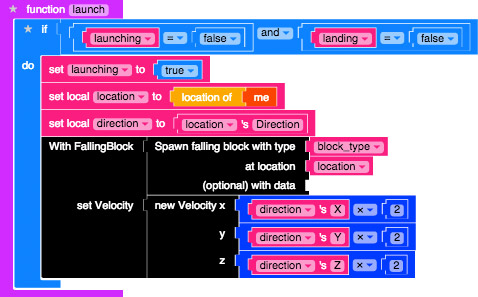 The landing variable updates by itself when you rename it.

To make changes to the explode function, you first need to change it to a function that has a return value. The purpose of this function, in the library, is to let the other mod know whether the block has already been launched. Follow these steps:

Congratulations! You have completed the Projectile_Library mod. The entire mod should look like the one shown here. 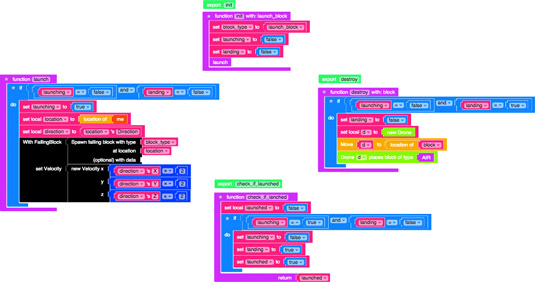 Finally, after you have fixed the main function, fill in the on_land function. Follow these steps:

Congratulations! You have completed the code for the Explosion_Projectile mod! Everything else in the mod can be deleted, so your entire mod should look like this.

If you’ve followed along with all the steps in this project, you should now have two mods:

Congratulations! You have successfully created a projectile library and used it to make an exploding projectile.