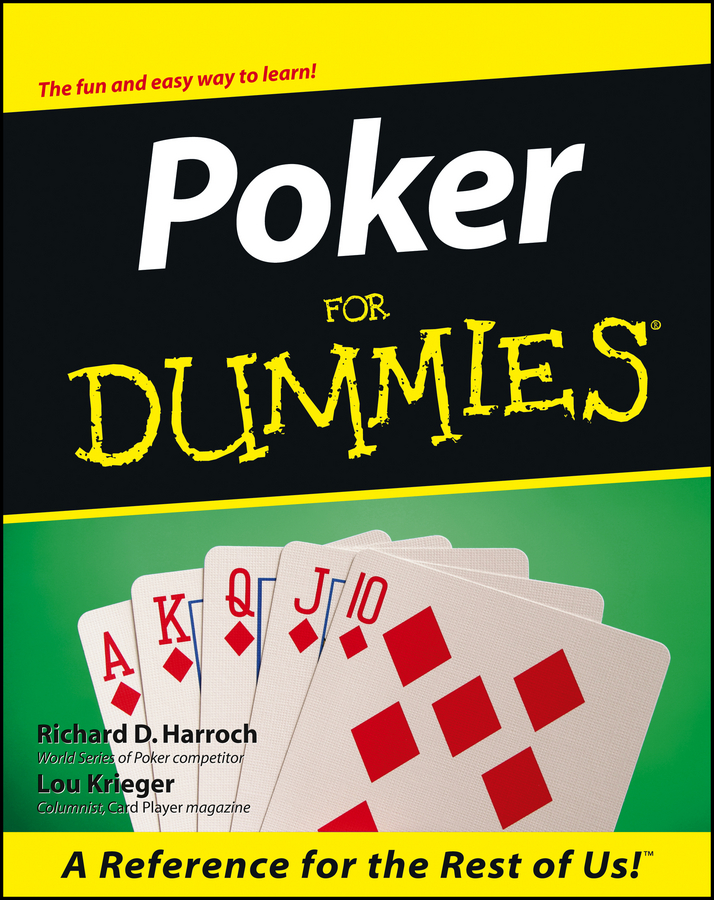 Explore Book Buy On Amazon
The kinds of players sitting at your table in a Poker parlor will vary with the limits you play. If you play in low-limit games, you are not going to find either last year's World Series of Poker winner, the eight toughest card players in your hometown, or any legends of the game.

Although there are many ways to classify players as you try to build a book on your opponents, the easiest way is to group your opponents into the following four types.

Casual recreational players love the game, but when push comes to shove, they're not that concerned about winning or losing. They play for the fun of it. It's simply a hobby, and no matter how much they lose, it is less expensive than keeping horses, restoring classic automobiles, or pursuing a hundred other hobbies that devour money.

Naturally, you'd love to play exclusively with recreational players. If you can't beat a table full of these players, you just might want to find something else to do in your spare time. No one, however, will come right out and admit to being a casual recreational player. If someone does, watch out. He probably isn't, and you're forewarned: Take heed when he fires a raise at you.

Regulars come in a wide variety. This includes retirees, homemakers, students, people with no fixed job hours, dealers who are playing before or after their shift, and almost anyone else you can imagine. Some regulars have independent sources of income and often play in big games. Take it for a fact that all the regulars you encounter have more playing experience than you do. Even if you are a stronger player but are just making the transition from home games to casino Poker, they will have the best of it for a while. After all, they are in playing shape. You, on the other hand, are in spring training and will need some time to adjust to this entirely new environment.

Regulars and casual recreational players constitute the majority of Poker devotees. Some are good. Most aren't. But they're in action on a regular basis.

You find professionals and semi-professionals in most of the larger games. Generally speaking, you don't encounter these players at limits below $10–$20. While a pro would have an easier time of it at lower betting limits, she just can't earn a living in a $2–$4 game. In these lower limit games, you'll be competing with regulars and recreational players, not professionals. But when you graduate to the higher limits, you can expect to encounter some players who earn all or part of their living playing Poker.

Proposition players, or props, play on their own money but are paid a salary by the club to help start or prop up games. You'll typically find them late at night when the club is trying to keep games going, and early in the morning when it's trying to start up a new game.

A prop's life can be tough. Playing in short-handed games or games struggling to get off the ground isn't always a bed of roses. The minute a live player wants his seat, the prop is pulled from it — often when the game is just starting to bear fruit. Props typically play better than most regulars do, but not as well as top players do. Their defining characteristic is that they tend to be conservative.

Many cardroom newcomers panic at the thought of a prop in their game. Because the casino pays the prop, players often believe he has a big advantage. Not true. Props play their own money, and as long as they're reliable and maintain a playing bankroll, the card club cares not a whit whether they win or lose. Given a choice, any cardroom would prefer to employ a weak player as a prop, rather than a strong one, simply because the weaker player is a bigger draw. In fact, the ideal prop would be a poor player with a winning personality and an unlimited bankroll.