How to Establish Tricks in Bridge

Explore Book Buy On Amazon
When you establish tricks in bridge, you make sure you have winning cards by playing or forcing out your opponents' higher cards. You have to be sure that you can take enough tricks to meet your contract. So, how do you establish tricks?

Say that you hold the entire hand shown in the example. Your final contract is for 12 tricks. West leads the ♠J. Now you need to do your thing and establish some tricks. 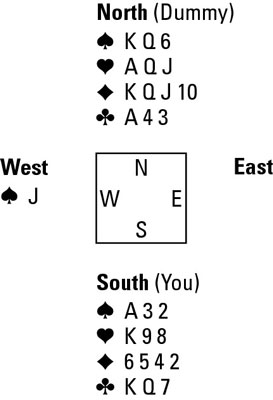 Before you even think of playing a card from the dummy, count your sure tricks:

You have 9 sure tricks, but you need 12 tricks to make your contract. You must establish three more tricks. Look no further than the dummy’s magnificent diamond suit. If you can drive out the ♦A, you can establish three diamond tricks just like that.

When you need to establish extra tricks, pick the suit you plan to work with and start establishing immediately. Don’t take your sure tricks in other suits until you establish your extra needed tricks. Then, take all your tricks in one giant cascade.

Here’s how you’d play the hand in the example:

How to avoid taking bridge tricks before establishing them

You may hate to give up the lead in a hand of bridge for fear that something terrible may happen. And you’re right. Something terrible is going to happen — if you’re afraid to give up the lead to establish a suit. Most of the time, beginners fail to make their contracts because they don’t establish extra tricks soon enough. Very often, beginners fall into the trap of taking their sure tricks before establishing tricks.

Of course, you’d never commit such a grievous error as taking sure tricks before you establish other needed tricks. But just for the fun of it, take a look at the example hand to see what happens when you make this mistake. This isn’t going to be pretty, so clear out the children. 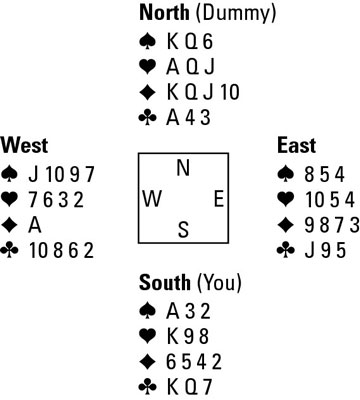 In this hand, the opening lead is the ♠J, and you need to take 12 tricks. Say you play the hand like this: