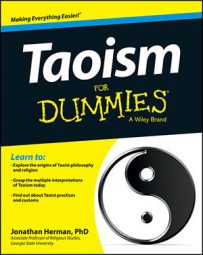 The origin of Taoism reaches back as far as prehistoric China, and has had a strong influence over Chinese culture throughout its history. The following people shaped Taoism over time, making it what it is today:

Jonathan Herman, PhD, is the Director of Undergraduate Studies and Associate Professor of Religious Studies at Georgia State University in Atlanta, where he teaches courses in Taoism, Confucianism, Buddhism, Shinto, world religions, comparative mysticism, and critical theory in the study of religion. He has written extensively on various aspects of Taoism, Chinese religion, and modern religious issues.