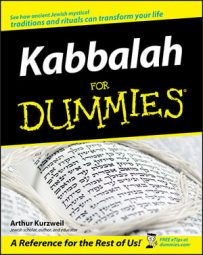 If you're interested in learning about Kaballah, the collection of works listed here alphabetically, is considered a body of the most important written books for traditional Kabbalists throughout history:

Arthur Kurzweil is known as America's foremost Jewish genealogist. The author/editor of several books, he lectures extensively on the subjects of Judaica, magic, and mysticism.