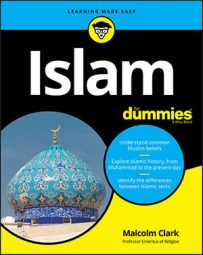 The history of religious dialogue involving Muslims began when some early caliphs sponsored theological debates at court between Muslims and non-Muslims. Later, for limited periods of time, much fruitful interaction occurred among Muslims, Jews, and Christians in Spain. Still later (sixteenth century), the Mughal emperor of India, Akbar, sponsored religious dialogue in his court and encouraged seeking religious truth wherever it could be found.

In modern times, an organized movement for religious dialogue first arose in the 1960s. A key event was the "Declaration on the Relationship of the Church to non-Christian Religions" produced by the Second Vatican (Roman Catholic) Council in 1965. According to the document, salvation was possible not only for Christians but also for Jews and Muslims. Beginning in the 1960s, a number of high-level international inter-religious dialogue conferences were held, some sponsored by Muslims and others by Christians. Occasionally, Jews and members of other religion participated.

Modern institutes promoting religious dialogue include the Center for Muslim-Christian Understanding (at Georgetown University in Washington, DC), the Duncan Black McDonald Center for the Study of Islam and Christian-Muslim Relations (at Hartford Seminary, Connecticut), the Centre for the Study of Islam and Christian-Muslim Religions (at the University of Birmingham in England), the Islamic Foundation (in Leicester, England), and the Henry Martyn Institute (Hyderabad, India).

In the United States, active interfaith movements exist at both the local and national level. National organizations, such as the Interfaith Alliance, mainly involved Christians, Jews, and Muslims but welcome members of other religions, too. Such organizations try to promote religious tolerance both domestically and internationally. At the local level, most large cities have a local organization to promote dialogue among members of all religions. Local organizations nearly always involve some Jewish, Christian, and Muslim organizations. When the town has a Baha'i community, it will nearly always play a leading role in such organizations. Buddhist and Hindu participation depends in part upon the nature of specific Buddhist and Hindu groups in the communities but is welcomed and sought after by the local interfaith organization. Such organizations sponsor small group dialogues in members' homes, offer educational programs, hold open houses on major religious holidays at the places of worship of the constituent organizations, and in other ways promote constructive religious dialogue.

The future of inter-religious relations

To some extent, future dialogue is always affected by political events at the regional and international level. Prospects differ in each country; for example, current conflict between Palestinians and Israelis doesn't create a healthy climate for dialogue.

Small groups of people on both sides strive for peace, justice, and tolerance, but such actions are often opposed by the mass of citizens on both sides. In India today, the continuing tensions due to the dispute over Kashmir and growing Hindu nationalism in India contrast with the early twentieth century, when many Muslims and Hindus participated together in the movement for independence from the British. Fortunately, at present, contacts between members of various faiths continue to grow in the United States, and national political leaders publicly advocate religious tolerance.