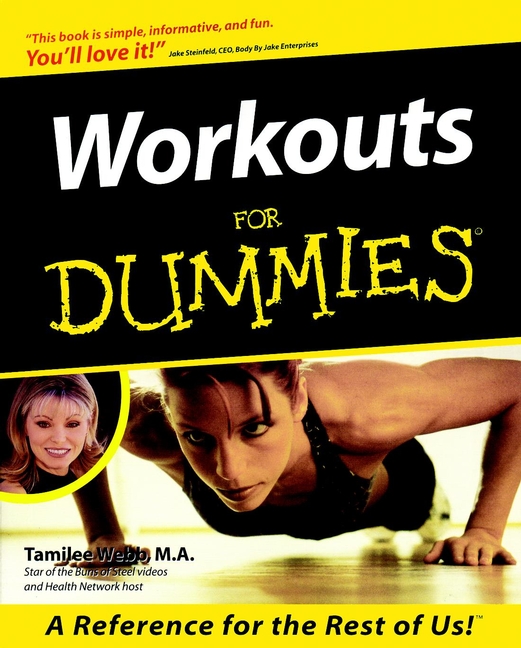 Even at a health club — a place where tank tops, profuse sweating, and mild grunting are perfectly acceptable — rules of etiquette should be followed. Sure, the social graces expected in a weight room are a bit different from those expected at the symphony or the Louvre, but manners are important just the same. Here are the rituals and customs unique to gyms.

If you witness a flagrant etiquette violation, don't be afraid to inform the club staff. You're not being a snitch. The rules are for everyone, whether you're the Queen of England or one of her loyal subjects.

In a gym, weight equipment is considered communal property, so don't sit on a machine while you rest between sets. Especially don't sit there reading a magazine, talking on your cellphone, or rehearsing an opera. Instead, stand up and let a fellow gym member work in — let the member alternate sets with you. The same rule applies if you're using a pair of dumbbells. When you complete a set, place the weights on the floor so someone else can sneak in a set while you rest.

The only time you should retain possession of weight equipment while you rest is when you're using a barbell stacked with weight plates. Suppose that you're bench-pressing 75 pounds and someone else wants to bench-press 225 pounds, you can see what a hassle it would be for the two of you to work in with each other; between each set, you'd need to slide eight plates on and off the bar. So you're under no obligation to let the other person work in with you. (However, if people are waiting for the equipment, have the courtesy not to perform 15 sets.)

After you finish using a bar, leave it completely empty. Don't assume that everyone can lift the same amount of weight you can. Removing weight plates from a bar takes a fair amount of strength as well as good technique. Don't assume that the next person who comes along has the ability (or desire) to clean up after you.

This clear-the-bar rule doesn't just apply to heavy lifters. Even if you're using only a 10-pound plate, you still need to clear your bar. If the next person who comes along wants to use 45s, he shouldn't be bothered with removing your 10-pounders.

Putting weights back where you found them

When you've removed a weight plate from a bar or when you finish using a pair of dumbbells, return the weights to their designated spot on the rack.

Keeping your sweat to yourself

Carry a towel and wipe off any bench or machine you use. Nothing is quite as gross as picking up a slippery weight or lying down in a stranger's pool of sweat. If you forget to bring a towel, use your sweatshirt or the paper towels provided by the club.

Helping the flow of traffic

Don't block the traffic flow. While you shouldn't camp out on the equipment while you're resting between sets, neither should you clog the pathways between machines or congregate with a dozen of your buddies in the free weight area. Not only is this inconsiderate, but also it can create a hazardous condition. In general, weight rooms are crowded with little room between machines. If you block space, someone may walk around you and inadvertently bump someone who's working out on a machine, causing the person to lose control and to drop a weight. This has happened before with serious consequences. The weight room is for training. If you want to visit with friends, go out into the hallway.

Don't stand at the drinking fountain trying to catch your breath when the line behind you is longer than the line for World Series tickets. Take a drink, and get back in line. Better yet, carry a water bottle in the weight room. For some reason, many people who use a water bottle on the stationary bikes and stairclimbers don't think of carrying one around the strength training area. When you do fill up your bottle, let everyone else in line get a drink first; don't hold up the entire gym membership while you fill a gallon-sized water jug.

Don't spit your gum into the drinking fountain — this tip should be obvious, but club staffers report otherwise.

Toting around your gym bag

Some people carry their bag from machine to machine. You know those large hollowed-out cubes called lockers? That's where you store your gym bag.

Even more so than the weight room, the locker room is the place where your true colors emerge. Women are on equal standing with men in this arena: Men may be more likely to hog dumbbells in the weight room, but women can stand for hours in the only available shower stall with the best of 'em.

Follow these suggestions for locker room etiquette to maintain good relations with your fellow gym mates:

Don't leave your belongings in lockers overnight unless you have permission from your gym to do so. Most gyms empty out unsanctioned lockers at the end of every day and won't guarantee the safe return of your personal items.

If the lockers at your gym require a key, return the key at the end of your workout. Keyed lockers are a convenience to members so they don't have to carry a lock of their own.