Keeping an Eye on Brexit News: 10 Brexit Developments to Watch 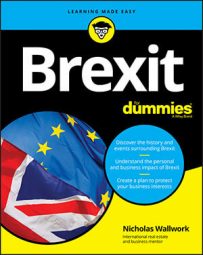 Explore Book Buy On Amazon
Brexit is a complicated subject that’s constantly evolving. Some issues are simply unresolved or unclear as the road to Brexit is being paved; others, such as trade, are subject to ongoing negotiations. Brexit is a bit like playing whack-a-mole in that sense — one uncertainty gets resolved or one hurdle is cleared (whack!), and another one pops up immediately to take its place. 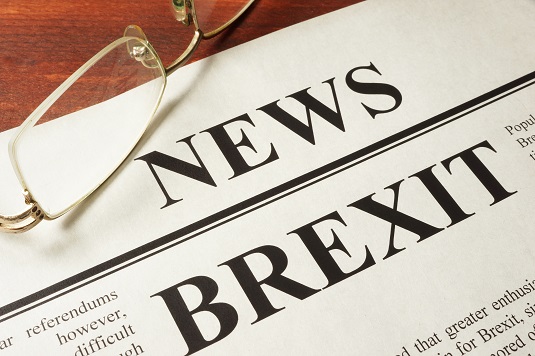 Therefore, you can’t really consider the job of “understanding” Brexit and its implications done anytime soon. Even after the United Kingdom (UK) has left the European Union (EU), it may take years to fully realize some of the effects or implement certain legal and policy changes. That means you need to stay in the loop on the latest Brexit developments if you want to steer your business correctly.

The transition period after Brexit

The Brexit withdrawal deal allows for a transition period, where certain things, like trade arrangements and the UK abiding by EU rules, will continue unchanged until December 2020, or whenever the transition period is set to end.

This transition period could potentially be extended until as late as December 2022 (perhaps even later), if the UK and the EU agree. If the transition period is extended, this will impact the Brexit timeline, because UK companies will still be bound by EU rules for the duration. This is either a good thing or a bad thing, depending on which side of the Brexit fence you fall.

Meanwhile, those against an extension are unhappy at the idea of being hitched to the EU for any longer than necessary. They’d much rather take a “rip off the Band-Aid “ approach.

It’s not yet clear how the UK will trade with Europe and the rest of the world after it leaves the EU. What sort of barriers will there be to moving goods across borders? What tariffs will apply? The answer, for now, is anyone’s guess.

Here are some of the options that have been proposed for the UK’s future trade relationship with the EU:

Critics of Brexit have noted that negotiating new trade deals with other countries may mean the UK is forced to accept goods that don’t meet our current standards. Food safety and animal welfare are oft-quoted examples, particularly the famous “chlorine chicken.” (The United States uses chemical washes, including chlorine, in some production processes — a practice that’s banned in the EU.) Many UK consumers aren’t exactly licking their lips at the thought of eating chlorinated chicken. And some UK businesses are understandably worried about competition from overseas producers that aren’t subject to the same high standards as they are.

Meanwhile, many Brexit supporters point to the Commonwealth as a bright prospect in the UK’s future trade relationships, which makes sense given the close bond the UK has with its Commonwealth partners. Yet, some of the same quality concerns may apply (for example, Australian beef is treated with hormones that are currently banned in the EU), and the EU is, for now, a much bigger export customer for UK businesses than the Commonwealth is.

All in all, expect trade negotiations to have more twists and turns than Game of Thrones! It’ll certainly be interesting to see how all this plays out over the next few years.

There are several issues surrounding the potential “hard border” between Northern Ireland and the Republic of Ireland. As a result, the Irish border and backstop as a key issue to keep an eye on.

Developments in this area will be especially relevant to companies in Northern Ireland and Ireland, because any hard border would impact integration and trade between the two countries. But even companies in England, Scotland, and Wales will need to stay informed, because goods moving between Northern Ireland and the rest of the UK may be subject to additional checks.

In 2014, Scotland held a referendum to decide whether Scotland should leave the UK and become an independent country. After what was a record turnout for a UK election, the result was a pretty confident “no,” with 55.3 percent of voters opting to remain part of the UK.

Then the UK as a whole voted to leave the EU in 2016, even though Scottish voters were overwhelmingly in favor of staying in the EU.

In March 2017, Scottish First Minister Nicola Sturgeon formally announced she would seek approval for a second Scottish referendum. The Scottish government approved this request, but the UK government chose not to respond. In fact, at the time of writing, the UK government still hadn’t formally responded. It’s probably on someone’s to-do list somewhere. . . .

Whether calls for a second referendum get louder or quietly disappear remains to be seen. But if there is a second referendum, and Scotland chooses independence, will Wales follow suit? And what will it mean for those in favor of unification between Ireland and Northern Ireland?

Assuming the UK exits the EU with a withdrawal agreement, the UK plans to keep EU laws during the transition period. Quite how much the UK will be able to change its laws after that isn’t yet clear — much will depend on the international agreements Britain makes with the EU and potentially other trade partners.

Even if the UK ultimately decided to repeal and completely change all inherited EU laws (which is unlikely — just think of all the paperwork involved!), UK businesses wanting to trade in the EU would likely still have to comply broadly with certain EU laws.

But one thing is clear: having withdrawn from the EU, the UK (and not Brussels) will be responsible for setting its own laws. But where in the UK will those laws be made? After all, Scotland, Wales, and Northern Ireland have their own devolved parliaments.

Devolution means that the UK’s constituent countries have their own independent governments and parliaments. Each can set its own policies in certain areas, including health, education and agriculture. (Crucially, this doesn’t apply to all policies, though. Things like benefits, immigration, and foreign policy remain under the overall control of Westminster. In other words, Wales can’t take a different foreign policy stance than England.)

So, when the UK “takes back control of its laws,” where does that control go to? In the first instance, all powers will come back to Westminster, and some will be devolved from there. But, to avoid disruption to the UK’s own internal market, Westminster will want to see a UK-wide approach taken on certain areas (which may include devolved matters like agriculture and fishing).

In other words, whether Brexit leads to greater devolution of power (as some in the Scottish Vote Leave camp had speculated) or ends up restricting certain powers remains to be seen.

Will companies pull out of the UK after Brexit?

In February 2019, it was reported that the Netherlands was talking to 250 companies about switching their operations from the UK to the Netherlands, and the Dutch government boasted that it had already tempted more than 40 businesses or branch offices away from the UK.

High-profile companies that have already confirmed they’re ditching the UK in favor of the Netherlands include Sony and Panasonic. But the Netherlands isn’t the only European country trying to poach businesses. Other countries including Ireland, France, and Germany have also been trying to capitalize on Brexit and lure UK-based companies to their shores.

Whether your company is better off in Amsterdam or Aberdeen is something only you can answer. But assuming you’re opting to stay put, be aware of trends within your industry pulling businesses out of the UK and into the EU. Their leaving could provide an opportunity to increase your market share and grab some of their customers.

The changing political landscape in Britain with Brexit

Many commentators felt that the popularity of the UK Independence Party (UKIP) wasn’t just about a desire to pull out of the EU, but also a desire to give the middle finger to the mainstream establishment — a system that’s seen British politics dominated (for the most part, at least) by two parties for centuries. The same could be said of Donald Trump being elected president in the United States — many voters responded positively to the fact that he wasn’t a politician.

Many would love to say things have improved since the Brexit vote, that voters feel better having gotten their dislike of politicians off their chests. But that’s not the sense that most experts get. Thanks to all the political wrangling behind the withdrawal deal process, many in the UK find themselves rolling their eyes at shenanigans in Westminster. The inability of both main parties to find common ground and work together to create the best outcome disgusts many of the people I talk to. Plenty, on both sides of the Brexit debate, feel that politicians just aren’t acting in the interests of the country.

Add to this the divisions within both the Labour and Conservative parties, and you have a whole lot of uncertainty and turmoil. So perhaps it was no surprise that, in February 2019, seven Labour Members of Parliament (MPs) quit the party to form their own breakaway, pro-EU Independent Group (later renamed Change UK), joined soon after by three Conservative MPs. And at the other end of the Brexit scale, Nigel Farage formed a new anti-EU party, the Brexit Party, in April 2019.

Will our wider political landscape change quite dramatically over the next few years? It’ll be very interesting to see what happens at the next general election (scheduled for May 2022, but it could happen much sooner) — an election that may still be dominated by the Brexit fallout, whether we like it or not. And, of course, if the ruling party changes, that will mean a change in policies, which will further affect businesses. . . .

Across the public and private sectors, there has been a lot of speculation about how Brexit will affect access to labor. This will be a key ongoing issue for many UK businesses.

The National Health Service (NHS) alone has around 63,000 employees from the EU, which accounts for 5 percent of the total NHS workforce. In the private sector, care homes and farming are also heavily reliant on overseas labor.

Make sure your dream team of expert advisers includes an employment law specialist who can help you understand implications and navigate policy changes.

Worldwide currencies and stock markets are more volatile in times of political and economic uncertainty. The pound has certainly had a bouncy couple of years since the Brexit vote.

If your business is sensitive to currency exchange fluctuations (for example, if you import and export goods), talk to your accountant and financial adviser to see whether there are ways to limit your exposure.

But it’s not just the value of the pound that fluctuates. Stock markets and property markets are typically volatile when there’s political and economic uncertainty.

This volatility affects businesses in all sorts of ways, such as:

News outlets like the Financial Times are invaluable for business leaders at times like this, but you can also find useful insights on financial forums such as Citywire Funds Insider or Bull Market Board.

Helpful Brexit resources to help you keep up to date

In addition to your regular news source, you may also want to regularly check the latest Brexit information from the following resources: