In music, the key is a set of notes that corresponds to a certain scale — forget about the black and whites on your piano when you talk about musical key. Keys and scales offer a foundation of compatible notes that form the melodies and harmonies you play.

A musical key is a song’s home. The key tells you several things about a song: the sharps and flats used, the scale the song is based on, the scale note that serves as is the song’s home note, and much more. A song has a single home note, and all the other notes used in a song have a relation to that note based on how far away or near they are to home. So understanding a musical key means also understanding the relationships notes have to one another.

The key is related to a scale, so a song in the key of C is primarily based on the C major scale, using mostly (or only) notes from that scale for the song’s melody and harmony. Throughout the song, your ears get comfortable with notes from the C major scale. If the composer throws in a slew of other notes from another scale, it’s a bit unsettling to your ears.

Music uses many different keys named after the many different notes on your keyboard. In other words, you have a musical key for the notes A, B, C, D, E, F, and G, plus all the sharps and flats. Each key has its own unique character, look, feel, and sound. A composer uses a particular key to give his music the right sound and feeling.

The best way to understand you the difference keys can make to music is to hear to the same song in two different keys. Although the intervals (the relationship of each note to the next) remain the same, the sound and character of the song change subtly simply by changing keys. 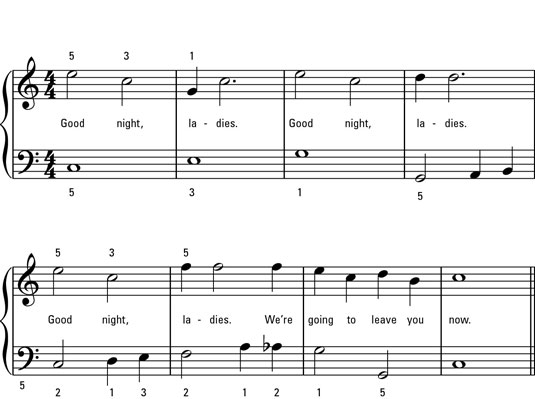 Now play the song in the key of F: 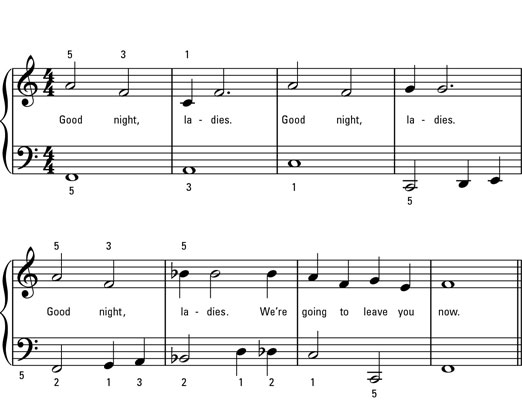