Playing the Piano: How to Read Chord Symbols

When you encounter piano sheet music or songbooks containing just melodies and lyrics, you usually also get the little letters and symbols called chord symbols above the staff. Knowing how to build chords from chord symbols is an extremely valuable skill. It equips you to make a G diminished chord, for example, when you see the chord symbol for one, G°.

A chord’s symbol tells you two things about that chord: root and type.

You may encounter many curious-looking chord symbols in the songs you play. The following table lists the most common and user-friendly chord symbols, the variety of ways they may be written, the chord type, and a recipe for building the chord. Note: The examples in the table all use C as the root, but you can apply these recipes to any root note and make the chord you want. 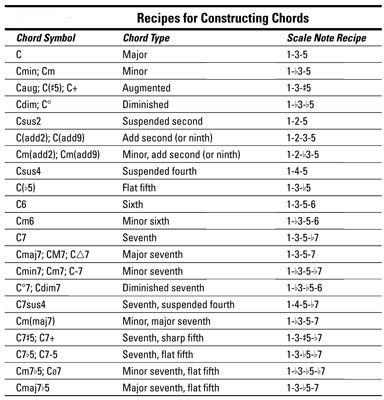