Playing the Piano: How to Read a Key Signature

The key signature of a piece of piano music tells you which notes to play and not to play. Placed just after the clef on every music staff, the key signature lets you know which notes are sharp and flat throughout the song. Basically, it identifies the key the song is in.

A sharp or flat identified in the key signature indicates that every instance of that note is sharp or flat. Don’t think that just because the top F is the one with the sharp symbol that you play only that F sharp. On the contrary when a piece is in the key of G, you play every F sharp — whether you play it with your right hand or left hand and wherever it is on the keyboard.

The same note is marked with a sharp or flat twice in a key signature when you have two staves. In this case, you get one key signature on the treble staff and one on the bass staff: 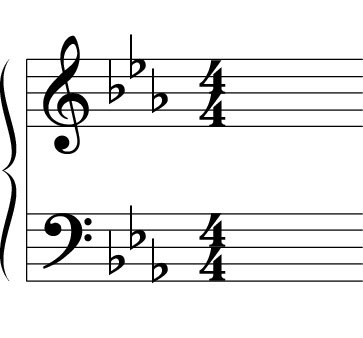 A key signature in E flat.