How to Play Suspended Chords on the Piano or Keyboard

Another popular type of three-note chord in the piano playing world, although it’s technically not a triad, is the suspended chord. The name means “hanging,” and the sound of a suspended chord always leaves you waiting for the next notes or chords.

The two types of suspended chords are the suspended second and the suspended fourth. Because of their abbreviated suffixes, these chords are often referred to as the sus2 and sus4 chords; you see them written as Csus2 or Asus4, for example. Here’s how you create them:

The sus4 is so popular that musicians often just call it the sus chord. So, when the bandleader says to play “a sus chord on beat 1,” that probably means to play a suspended fourth. But asking for clarification is a good idea. 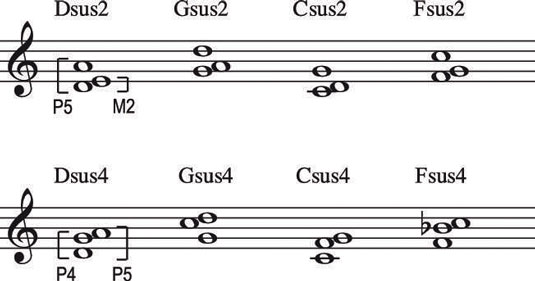 What’s being suspended, exactly? The third. A suspended chord leaves you hanging, and its resolution comes when the second or fourth resolves to the third. This doesn’t mean that all sus chords have to resolve to major or minor triads; actually, they sound pretty cool on their own.

Play along here for some suspension tension and listen to how the chord that follows each sus chord sounds resolved. 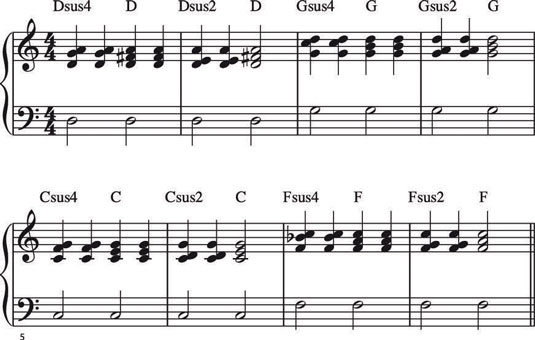