Warning Signs that Your Guitar Needs a Setup 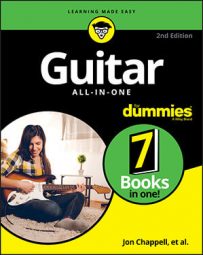 It’s a well-guarded secret, but guitars are made primarily of wood. As time goes by, various factors — moisture, temperature, string tension, and even your playing — make the wood expand and contract, warp, and move around. Your guitar’s performance suffers as a result.

Before you play it again, it’s time for a setup — a thorough adjustment over of your guitar’s key components. You can have a professional repairperson do your setup for you, but you can also perform many of the tasks involved in a setup yourself. That way, you get to learn a little more about what makes your guitar tick — and how to set that ticker just how you like it.

You know it’s time for a setup if the

Fortunately, you can solve many of these problems yourself.

Intonation is often confused with tuning, but intonation refers to a guitar’s pitch accuracy up and down the neck. You can test intonation by playing a harmonic at the 12th fret, then fretting a note in the normal fashion at the same place. Use a tuner to measure the difference between the notes. When you perform the harmonic test, one of three things will occur:

Most electric guitars let you adjust intonation for each string separately, although some (like the vintage Telecaster) put two or more strings on one saddle. Turn the screws carefully — the screws can strip easily, especially when the saddle is under tension from the string.

If you’ve reached the end of the screw, and the string is still not intonated correctly, it’s time to call in the cavalry (or in this case, your guitar tech).

Action refers to the height of the strings relative to the fretboard. You may want a high-action social life (that’s why you took up the guitar in the first place, right?), but most guitarists prefer low or moderate action on their instruments.

Low action is best for a light touch because it takes less effort to fret the strings — thus facilitating speedy playing. But low action can make the guitar buzz under a heavier hand which is why many blues players opt for higher action. Slide players who rarely fret the guitar with their fingers prefer very high action, which lets the side move freely without interference from the frets.

Whether your action is low, high, or somewhere in the middle, it should be consistent up and down the neck. Measure the action by placing an accurate gauge on the frets in several places on the neck. The distance between the string and the fret should be about the same at each point you measure. A standard measurement for low action is 5/64" at the 12th fret.

If you want to measure the action of the guitar independent of the nut’s influence, capo the first fret and then measure the string’s distance from the fretboard at various places. The capo removes the nut’s contribution to the action and can help you better isolate the location of your action problem.

The easiest action adjustment is to raise and lower the bridge (or individual string saddles). Some bridges, such as the Tune-O-Matic, have thumbscrews on the bass and treble sides instead of saddle screws. These let you raise overall action but offer less precise control over individual strings. 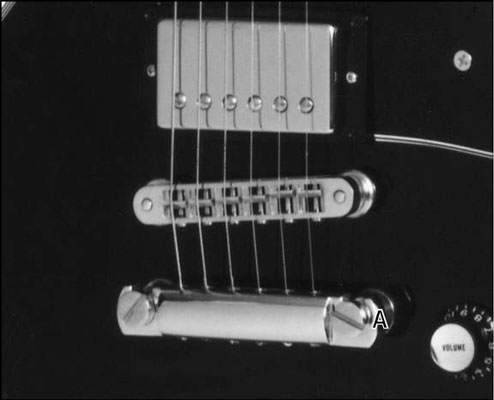 If your bridge has individual saddles, use an Allen wrench to turn the screw clockwise to raise the action, counterclockwise to lower it. Be sure to raise both sides of the saddle to the same height.

The position of a floating tremolo bridge can also affect the action. Adjust the bridge tension before you adjust the string saddles.

If the action is too high at the nut, adjusting at the bridge may not solve the problem. You can use a small file to trim down the string slots in the nut. If action is too low at the nut, you may need to replace the nut.

Unlike adjusting bridge saddles, filing the nut is a destructive act that can’t be undone. If you’re in doubt, take the guitar to a qualified tech.

If the action is higher or lower in the middle of the neck than at either end, the neck is probably warped, or curved. This sounds ominous, but it’s not uncommon — especially during seasonal changes. A change in string gauge can also cause the neck to warp.

When the neck warps, you can straighten it with an adjustment of the truss rod — the metal rod that runs inside your neck from the headstock to the body.