The Gibson ES-335 is the true godfather of semi-acoustic electric guitars. This guitar is traditionally made from a laminated maple top, back, and sides, with a solid maple core running down the center of the body.

Any guitar of similar construction, though (which includes solid carved top and back), can be considered to be in this same category (such as the Epiphone ES-339, a scaled-down rendition of the classic Gibson ES-335). 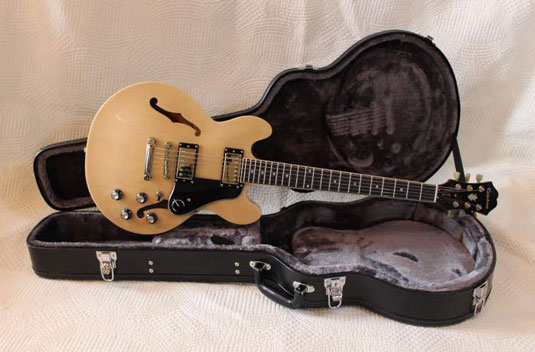 Gibson’s original premise for designing the ES-335, combining the best of solidbody and acoustic archtop electric guitars’ properties, continues to make these guitars and many that are made like them very popular today.

Following are some of the benefits of the ES-335-style semi-acoustic guitar:

If any or all of these characteristics appeal to you, then try out a semi-acoustic electric. They’re available in a wide variety of styles and in a broad range of prices — many of which are better value than ever before.