As the name suggests, a single-coil guitar pickup is one that uses just one coil to get the job done. Because they lack another coil to reject unwanted noise, single-coil pickups often exhibit a little noise from electrical interference or florescent lighting, but players who like their sound tend to just live with it, or work around it (and it usually isn’t a problem when you start playing!).

As a rule, single-coil pickups tend to be somewhat brighter sounding than humbucking pickups, and in some cases, they may sound a little thinner, too, and less powerful. However, “hot” renditions of single-coil pickups do exist as replacements for just about all major designs.

Following are some of the major single-coil pickup designs according to the manufacturer that originated them, but be aware that several renditions of each type are available today from other replacement-pickup makers, in styles that range from precise vintage re-creations to modified and hot-rodded units.

Probably most closely associated with single-coil pickups of all guitar makers, Fender’s Stratocaster pickup is a narrow unit with individual Alnico-rod magnet pole pieces and a bright, chimey tone. 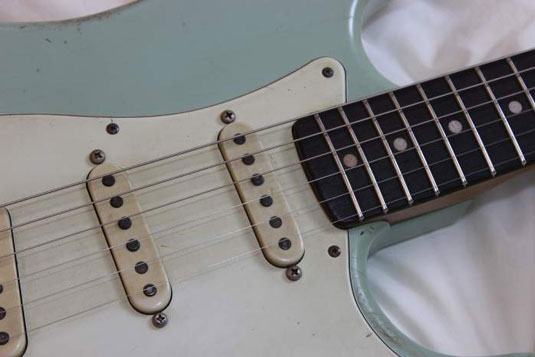 Fender’s Telecaster bridge pickup is another classic, made similarly to the Strat pickup but with a slightly wider coil and a tin base plate on the bottom. Still bright and twangy, it also has a meaty midrange punch. The Tele’s neck pickup is similarly made, but smaller, with a metal cover, and as a rule is somewhat less powerful. 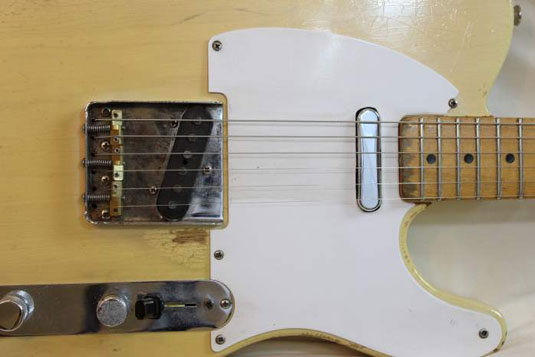 The archetypal blues and rock’n’roll single-coil pickup, Gibson’s P-90 has a fat, slightly grainy sound and the power to really drive an amp hard. It’s made with two Alnico bar magnets mounted beneath the wide coil and six threaded adjustable steel pole pieces running up through the center. 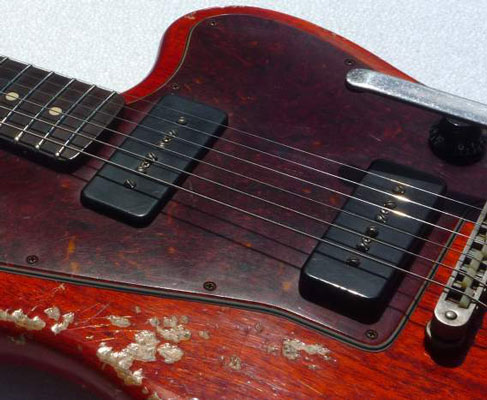 Gretsch hit the market in the electric-guitar boom of the 1950s with Model 200 pickups made by DeArmond, known as the DynaSonic in Gretsch catalogs. These complex single-coil pickups have wide coils and six Alnico rod pole pieces that are individually adjustable via screws threaded beside them through the coil.

The Model 200/DynaSonic has a twangy but punchy sound and is perhaps the all-time rockabilly classic. In the late ’50s, Gretsch came out with its own single-coil pickup, the HiLoTron, which was bright and chimey and somewhat less powerful; it has never been quite as desirable as the DeArmond-made single-coil (which was also used in many Guild and Martin guitars).

The sound of many early Beatles recordings, the Rickenbacker single-coil pickup of the late ’50s and ’60s earned the nickname toaster top from its appearance, with a dual-slotted metal cover atop a black insert concealing six Alnico-rod pole pieces. Like many single-coil pickups, it has a bright, jangly tone, but with plenty of bite when you dig in.