How to Finger Major Scales on the Rhythm Guitar

You will need to know how to finger major scale patterns, which include more notes and half-steps on the rhythm guitar. You take a look at the different ways to finger patterns and play in positions. The purpose here is to know the process that helps you choose fingerings and arrange parts, so you find what feels right and play to your strengths. 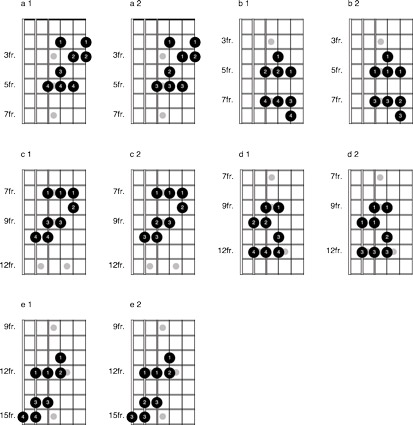 Many players favor the second examples, but you may feel more comfortable with the more traditional fingerings, or perhaps some other combination not illustrated. Again, these examples are really an exercise in exploring your options — play through them for a while until you settle on fingerings that work well for you.

Try playing through the examples above as fast as you can. You may find that your preferred fingerings don’t work as well when you need to pick up the pace, and a change is in order. Keep this in mind when you work on fast passages.

The examples here feature select patterns in the key of G, but you can apply the same concept in other major scale patterns and keys, always exploring your options and choosing what works well for you. 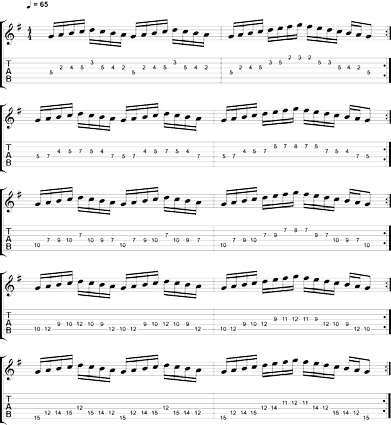 As you play major scale parts, including the minor scale and modes that are based in the same patterns, work the areas on the fretboard in which you feel most comfortable.