The following chart will help you keep track of the system:

Here's what this naming system looks like in action when you apply it to the major scale chord sequence and the key of G, specifically: 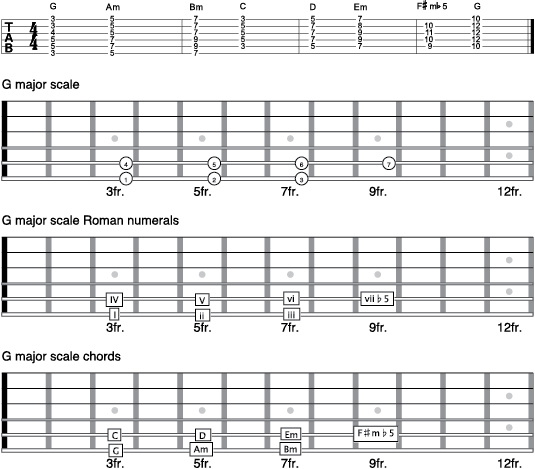