Following are chord diagrams for 96 of the most widely used guitar chords. The chords are arranged in 12 columns from C to B, for all 12 notes of the chromatic scale. Each of the eight rows shows a different quality — major, minor, 7th, minor 7th, and so on. So if you're looking at a piece of music that calls for, say, a Gsus4 chord, go over to the eighth column from the left and then down to the sixth row from the top. 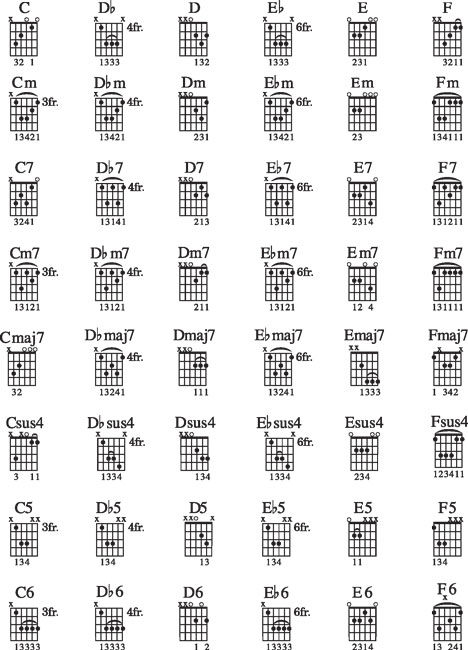 Left-hand fingerings appear immediately below the strings (1 = index, 2 = middle, 3 = ring, and 4 = little). An O above a string means to play the open string as part of the chord; an X above a string indicates it isn't part of the chord and shouldn't be played. A curved line means to play the dots (fretted notes) immediately below the line with a barre. 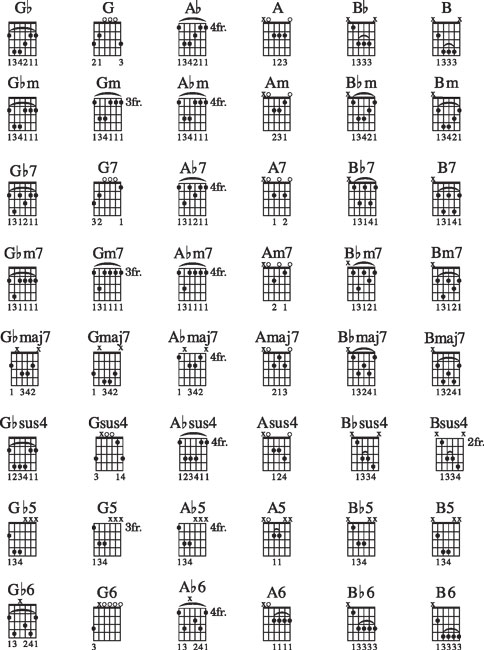