Occasionally dwindling supplies of some of the more traditional guitar tonewoods — a situation that has affected guitar makers for decades, although more dramatically in recent years — has sent many manufacturers in search of alternatives. Others have turned to different woods simply to yield the different looks and sounds they afford. 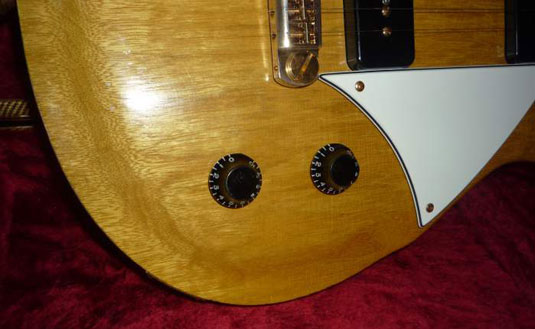 Korina, also known as white limba, is a classic alternative, in use since the late 1950s. It’s an African tonewood that is somewhat related to mahogany but with a look and sound of its own. Korina tends to have a distinctive, slightly compressed tone with a multidimensional midrange and lots of depth — sometimes described as textured or chewy.

The result, in a quality build, is often a lively instrument with lots of character. Gibson chose Korina for its original Flying V and Explorer of 1958–60, and it has been used on many reissues of these since, as well as other designs from a broad range of makers. Korina is lighter than mahogany, both in appearance and (often) in weight, with a fine, attractive grain.

Basswood has an abundant, affordable wood that has seen increasing use by guitar makers in recent years. Overseas manufacturers of mid-level or budget instruments often use it where you might see ash or alder in a more high-end guitar, but it has also featured in guitars from some upmarket makers too.

Regardless, it’s a good tonewood with a full, balanced tone, muscular lows and midrange, and an appealing softness in the highs. It’s a rather light, plain-looking wood with a minimal grain.

Poplar is an extremely plentiful wood that is often in use for furniture and flooring but which is appearing more and more often in more affordable Asian-made guitars. (It also featured in the bodies of many of Fender’s “student” models originating in the ’60s, such as the Mustang and Duo Sonic.)

It has fairly nondescript sonic properties, which isn’t to say that guitars made from poplar sound bad by any means; the wood just doesn’t bring through many distinctive characteristics of its own. Note that it’s often hard to know what guitars are made from poplar, because instruments at this level often don’t advertise such specs in any great detail. It is a fairly plain wood in appearance and is often covered by an opaque finish. 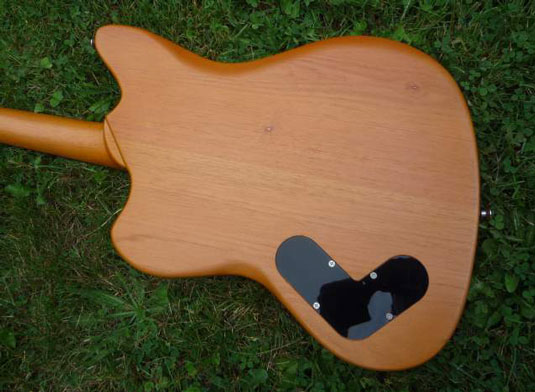 Spanish cedar has sonic properties not dissimilar to better stocks of mahogany, with good depth and resonance, and has been used by some makers in recent years where that more traditional tonewood would normally be the choice. It tends to be fairly light, with a medium reddish-brown appearance.

Spruce is the most popular wood for the tops of flat-top acoustic guitars, where it lends richness, sweetness, and depth to the instruments’ overall tone. It has long been the traditional wood for the tops of carved-top archtop guitars, too, and has appeared in the flat tops of many semihollow electric guitars in recent years.

Spruce has a light color and a tight grain that is usually seen running parallel for the length of the wood.