The Role of the Conductor in Classical Music

Don’t be ashamed if you find yourself wondering what the big deal about the conductor is. Classical music novices wonder. Audience members wonder. Even the orchestra musicians sometimes wonder. It requires an explanation.

A professional orchestra is a highly skilled group of individuals. But put a bunch of these musicians in a room together, and you’re guaranteed to get at least 50 different ideas of how the music should go. The result is chaos — and possible fistfights. Hence the conductor, whose job is part musical and part political.

In orchestra music, the differences you encounter are largely the result of different conductors. The conductor is responsible for determining the speed, the instrumental balance, the volume levels, the note length, the phrasing, and the dramatic pacing of any piece of music the orchestra plays. These combined ideas are called the interpretation.

But, you ask, weren’t all those variables specified by the composer?

Not exactly. A composer might write “Allegro” at the beginning of the piece. Allegro means lively, or fast. Sure, but how fast?

Some composers go so far as to mark exactly how fast they want the music. They use a metronome, a device that’s been around since Beethoven’s time. Set it on any number between about 30 and 200, and it makes a clicking sound at exactly that number of beats per minute. A watch with a jumping second hand, by the way, “clicks” at exactly 60 beats per minute.

But if most composers, starting with Beethoven, put a metronome marking at the beginning of each piece of music, why is a conductor needed to indicate the tempo? 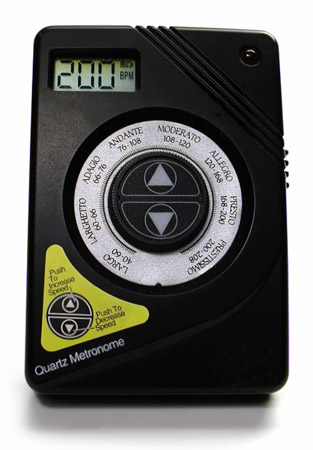 Excellent question. And it has at least three answers:

The conductor can indicate all this to the musicians.

This task the conductor performs with his or her baton. If you see a conductor slice through the air from top to bottom and from left to right, he’s indicating the beats of the music. Or, very literally, he’s slicing up time into smaller segments. The orchestra plays a certain number of notes for each slice of time. 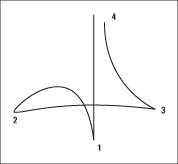 In the old days of classical music, orchestras had no conductors. The leader of the orchestra was the first violinist or, sometimes, the harpsichord player. He gave the cue to start by lifting his hand or his violin bow, in the right tempo. Everyone then followed this musician as he played his part.

As music became more complicated, it soon required a musician whose sole purpose was to indicate the flow of the music — a conductor. One of the first was the Baroque composer Jean-Baptiste Lully (1632–1687). He used to stand before his orchestra with a heavy staff, beating time by pounding the staff on the ground.

The heavy staff proved to have two disadvantages. First, it tended to make a loud pounding sound with every beat. And second, it killed Jean-Baptiste Lully. One day, while merrily beating time, Lully mistakenly pounded the staff on his foot instead of the ground. The resulting wound became infected with gangrene, and he died.

In later years, the heavy staff was replaced by a rolled-up piece of music paper. This scroll became popular because of its two great advantages: It didn’t make a sound, and it didn’t cause gangrene.

Finally, in the 19th century, the wooden baton replaced the scroll. The conductor could control the baton between his fingertips, shaping the music with subtle and graceful gestures.

Around the same time, such composer/conductors as Richard Wagner (1813–1883) and Gustav Mahler (1860–1911) launched the stereotype of the willful, temperamental, crazed, egomaniacal music director. With their powerful new batons, they set themselves up as gods, expecting perfect orchestral obeisance to their every flick of the wrist.

The myth of the conductor as superhuman continues to this day.

Conductors are musicians who have studied every aspect of music; most have been excellent instrumentalists themselves. They should be well versed in the theory and history of music, understand all the instruments and all the musical styles, be able to break a piece of music down into its component parts, be very familiar with all Western music, and understand several foreign languages.

They should also have a great ear, great people skills, and an effective baton technique. As if these requirements weren’t enough, they must also have a detailed understanding of their orchestra organization so that they can answer the countless artistic questions that come their way on a daily basis.

David Pogue is a musician, author, and journalist for both print and television. He's authored or coauthored more than 120 books, including six Dummies books. He has been a conductor on Broadway, worked as a tech columnist at the New York Times, and is a member of the International Brotherhood of Magicians. Scott Speck has conducted hundreds of ballet performances throughout the United States and Europe. He is music director of the Joffrey Ballet, artistic director of the Chicago Philharmonic Orchestra, and former conductor of the San Francisco Ballet.