The Role of the Cello in Classical Music

Ah, the cello. It’s difficult to even write about this instrument without sighing. Classical music wouldn’t be what it is without the cello. What a beautiful, rich, singing sound this instrument makes. Of all the string instruments, the cello is the one that sounds most like the human voice.

The name cello is short for violoncello, which is Italian for “small double bass.” The cello is the only instrument that absolutely must be played sitting down — as you’ll notice if you ever watch orchestras play the national anthem. You see, the cello is too big to be placed under the player’s chin like a violin or viola, yet too small to play standing, like a double bass. 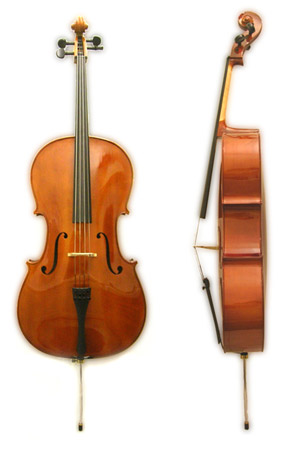 Credit: Source: Creative Commons
The cello, the string instrument that sounds most like the human voice.

Because of its size, the cello has a range lower than that of the violin and the viola. As a result, it almost never gets to play the tune in a symphony orchestra setting. For centuries, composers relegated it (along with the double bass) to playing low notes, the musical foundation on which violin melodies are built.

In string quartets (made up of two violins, a viola, and a cello) the cello likewise usually plays the lowest notes — largely because it’s the only instrument of the four that even has those notes available.

Thankfully, composers eventually discovered the beauty of the cello’s sound, and it spurred their imaginations. They started writing works in which the cello takes center stage, accompanied by other instruments. The sonatas and concertos written for this instrument are ravishing.

Perhaps because of the daily physical contact with this beautiful vibrating instrument, cellists are some of the happiest people. They tend to be nice, easygoing, and pleasant. And when, in the course of orchestral events, they get a rare melody to play — watch out! They throw themselves into it with utter passion and conviction.

If cello concertos are what you’re after, you can’t go wrong with these:

And for cello solos with piano accompaniment, check out the following:

And, here are some of the nicest cello lines in the orchestral repertoire: