Explore Book Buy On Amazon
A polygon is any shape whose sides are all straight. Every polygon has three or more sides (if it had fewer than three, it wouldn't really be a shape at all). Following are a few of the most common polygons.

The most basic shape with straight sides is the triangle, a three-sided polygon. You find out all about triangles when you study trigonometry. Triangles are classified on the basis of their sides and angles. Take a look at the differences:

A quadrilateral is any shape that has four straight sides. Quadrilaterals are one of the most common shapes you see in daily life. If you doubt this statement, look around and notice that most rooms, doors, windows, and tabletops are quadrilaterals. Here are a few common quadrilaterals: 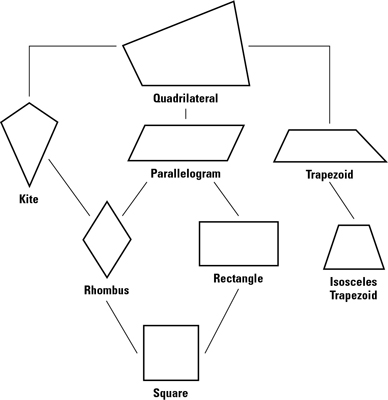 A polygon can have any number of sides. Polygons with more than four sides aren't as common as triangles and quadrilaterals, but they're still worth knowing about. Larger polygons come in two basic varieties: regular and irregular.

Every other polygon is an irregular polygon. 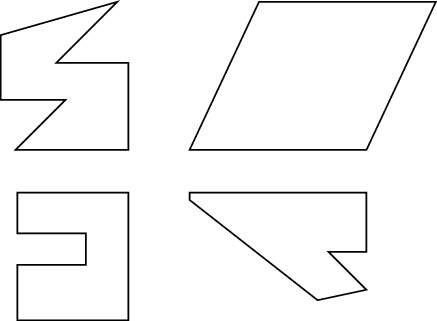 Mark Zegarelli earned degrees in mathematics and English from Rutgers University. He is the founder of SimpleStep Learning, an online educational platform that teaches courses in basic concepts in ten minutes or less, keeping students engaged and learning in every moment. Mark is also author of several other successful For Dummies books.