You can combine capacitors in series or parallel networks to create any capacitance value you need in an electronic circuit. For instance, if you combine three 100 μF capacitors in parallel, the total capacitance of the circuit is 300 μF.

Here, the two circuits have identical capacitances. The first circuit accomplishes the job with one capacitors, the second does it with three. Thus, the circuits are equivalent. 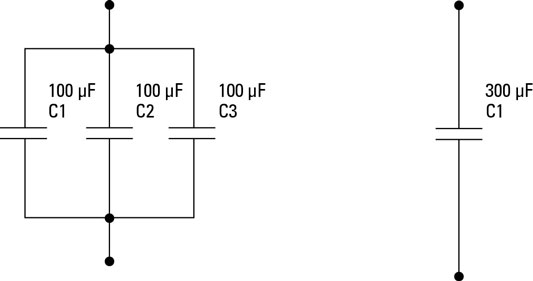 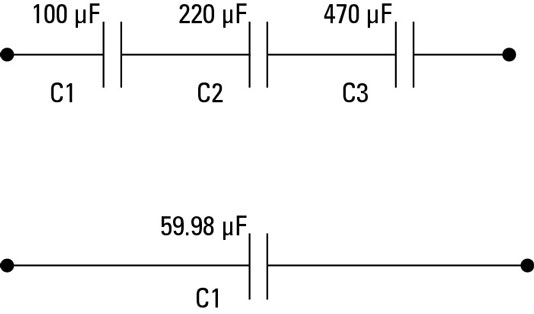 Here are the rules for calculating capacitances in series:

The formulas for calculating the total capacitance of a capacitor network are the reverse of the rules you follow to calculate resistor networks. In other words, the formula you use for resistors in series applies to capacitors in parallel, and the formula you use for resistors in parallel applies to capacitors in series. Isn't it funny how science sometimes likes to mess with your mind?

Cathleen Shamieh is an electrical engineer and technical writer with extensive engineering and consulting experience in the fields of medical electronics, speech processing, and telecommunications.